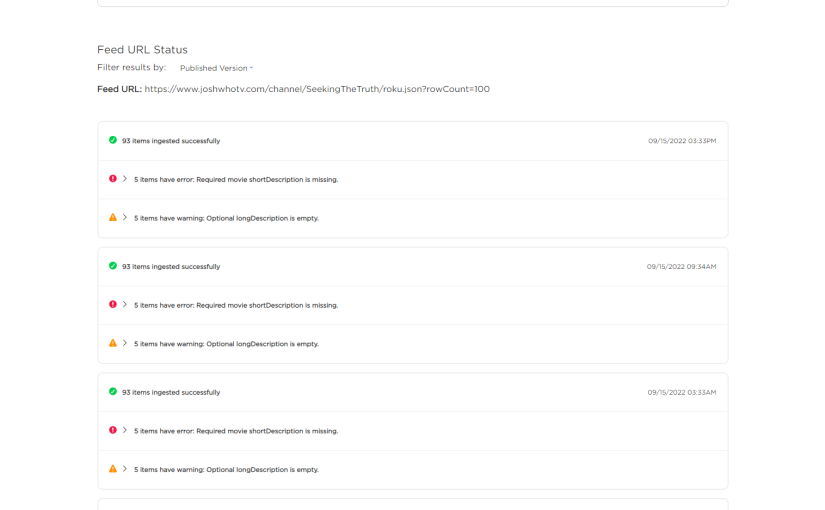 Roku is giving errors showing short descriptions is missing bug has been identified.

A new patch will fix this and should be updated by tomorrow afternoon.

Sorry for any inconvenience.