There has been a bug report Channel pages not showing correctly and we are looking into it now and should be corrected by later this morning. 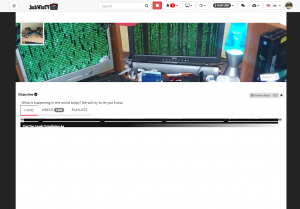